A Note from Mel

Cambridge, Mass. – The MFA Program in Creative Writing at Lesley University welcomes community members and the public to enjoy the work of its distinguished faculty, students, and award-winning visiting writers from June 22 to 30, 2012. 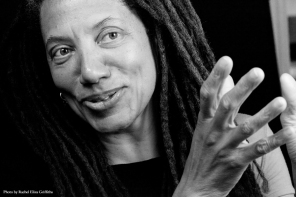 She also edited The Ringing Ear: Black Poets Lean South (2007), and co-founded the Affrilachian Poets. Finney is a Professor of English and creative writing at the University of Kentucky.

Filed under: Events and Readings,People in the World of Art — anotefrommel @ 11:50 am
Tags: Blackburn, Head Off & Split, HU, Nikky Finney