A Note from Mel

Cover/List price: $14 (Only $12 if purchased from the MSR Online Bookstore) 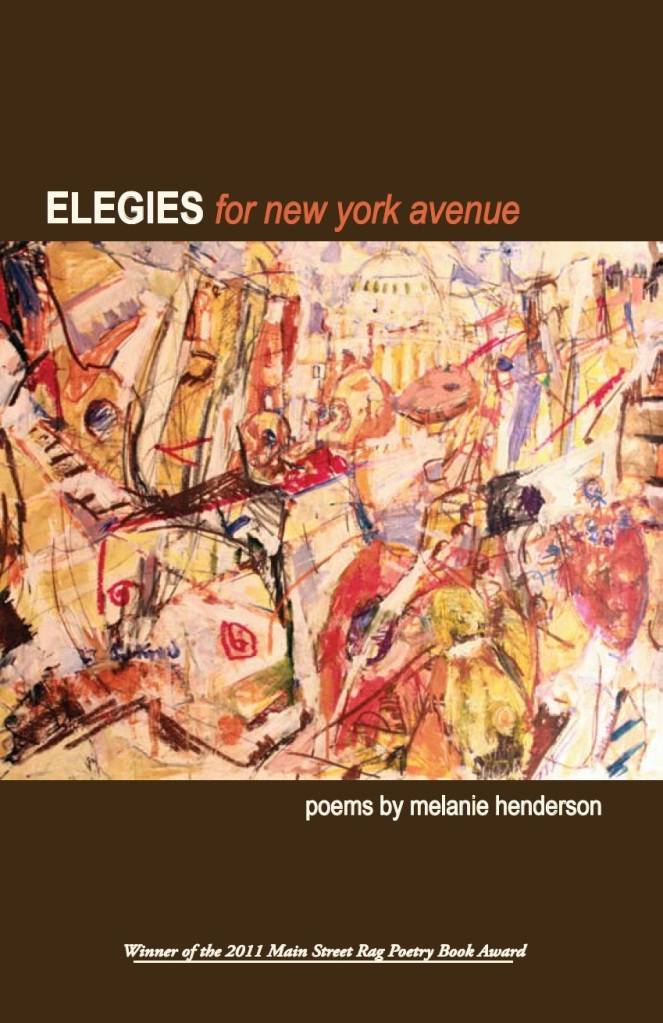 Melanie Henderson’s verse in Elegies for New York Avenue is the blessed sound of the street and stoops of Washington D.C., the lives of the special people on the porches and parlors, the unseen, but the people who are the world, and are the city that is loved so well here. Her first collection of word is more than a triumph; it is one long magical song that showcases a poet with a big heart and an even bigger literary vision that heals and holds up together.

“Delicious in their sheer sonic energy, the poems in Elegies for New York Avenue take us on a headlong, heady rush through story and memory, portrait and lyric, lament and celebration, every line sounding the way for another, linking again and again to a surprising intimacy and reality. The mosaic of neighborhood and family that Henderson creates is spellbinding. Each piece, each person, each emotion is emblazoned in these poems by precise words and honored by an attention both tender and fierce. These poems throw off sparks. Catch them!”

In her debut collection, Elegies for New York Avenue, Melanie Henderson carves out a totem of love and loss from the mercurial landscape of memory. Her elegies are lamentations for the living—childhood friends that no longer haunt the avenue, a brother mixing beats with Go-Go and hip hop heat, altars for aunties and cousins, portraits of a father slipped into the shadow of a gun and the promise of a son—that tease and trace history, worrying the present’s past in lyrical, lilting, pristine poetry. Henderson does for DC what Bearden did for Harlem. In her verse, she collages in a lost world of Black pride, struggle and integrity into a precarious present palpable as hope.